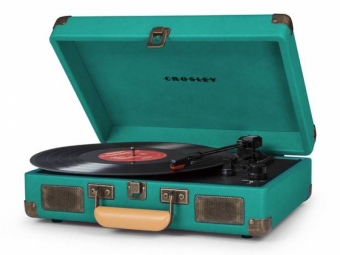 Although the tinsel has disappeared, the snow continues to besot us, while stores readjust their displays for January.

The holidays seem like a memorable blur of gatherings, celebrations, and at times quiet reflection. December was also a time for holiday concerts, many of which embraced musical programming where school aged children raised their voices to folklore tunes about the north pole. Somehow those songs never grow old.

Celebrations do not seem complete without music. As I pondered this observation, it seemed appropriate to reflect upon this powerful and wondrous way to touch the individuals we serve.

During my early tenure in a LTC home as a novice Director of Care, I planned for the December festivities quite fervently. Working in conjunction with the care team and the therapeutic recreation department, plans were made to create a winter wonderland, a backdrop with seasonal music, food and celebration. On the day of the party, I made my final home tour to insure that details were addressed, and that the residents were beautifully appointed in their finery. The small musical ensemble were tuning their instruments to prepare for the arrival of families and guests.

As the home filled and the music played, it was apparent by the toe tapping and the gentle swaying of the crowd that the entertainment was well received.

Unexpectedly, I was approached by a young man who had felt the power of the festive music surrounding us. He asked me to dance. As the lone dancers in the room, we held hands and the attendees parted to make room so we could take advantage of the sizeable floor space. We were the centre of attention, greeted by smiles, and an almost reverent appreciation for embracing the joy of the moment.

My partner in his spontaneity had chosen to dance, unabashed by the fact that no one else had ventured to seek a partner. He had simply responded to the music.

As time passed and I continued in my vocation, I frequently reflected on that special December. Music seemed to have an undeniable impact on my Residents. Whether the tunes were reflective of the genre of the era, or had underlying religious connotations, there was never a lack of participants in the programs.

Years later this observation would transfer into one of the prompts for the Elderpilot LTC mobile app for touring homes, falling under the "Recreation" category: Alternative therapies. Check out the app resource section.

Today, the value of music as a therapeutic aid has been gaining the attention of organizations that foster quality of life and self actualization for their clientele.

There is an excellent program currently being offered by the Alzheimer Society of Toronto and other Ontario Branches. The program: the Music and Memory iPod project uses iPods to provide users with a personalized music portfolio based on their tastes and interests. There is no charge to be a part of this program. Connect with the following link for more information, or call the Alzheimer Society nearest to your location. http://www.alzheimertoronto.org/ipod.html

Interest in iPod therapy is not exclusive to Canadians. A survey of 1500 people conducted by Software Advice, a US based software consulting firm indicated that offering individualized play lists to elders living in care was regarded as a positive intervention. http://www.softwareadvice.com/long-term-care/industryview/ipod-value-report-2014/

There is an interesting article: "The Impact of Music Therapy on Language Functioning in Dementia" written by Melissa Brotons, PhD MT-BC and Susan Koger PhD of Willamette University. This article can be found in the Journal of Music Therapy XXXVII (3) 2000, 183-195. (Copyright American Music Therapy Association).

In their study of twenty participants “there were some promising evidence that music therapy has the potential to improve performance in speech content and fluency," for individuals living with dementia.

It seems apparent that a minimal investment in devices such as iPods, provides maximum returns.

Before writing this blog I felt compelled to trace the whereabouts of my dance partner who would now be in his late twenties. As a young man living with Down's syndrome, I wondered if this love of music followed him throughout his life's journey, and if the confidence he displayed in commanding the dance floor had bode him well. I am delighted to report that he continues to display the same self motivated personality and is gainfully employed in a job he loves. Future goals include leaving the family nest in search of independent living.