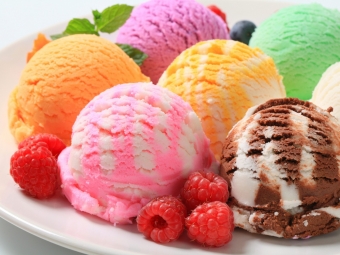 Often when asked to give lectures about Alzheimer Disease and other forms of dementia, the audience has trouble understanding the relationship between the two words.  I have frequently been asked: is it Dementia or Alzheimer disease?

Dementia is not a stand alone disease.  It is actually a term used to describe a group of symptoms including memory loss, as well as changes in behaviour and mood.  People with dementia also sustain losses in understanding and judgement.

Many presenters use the analogy of an umbrella with the premise that Dementia is the top of the umbrella and the spokes reflect the various health conditions that lead to dementia.  One spoke could be labelled Alzheimer disease, another Lewy Body disease, another Vascular dementia etc.

I prefer to use my own analogy.  Dementia is like ice cream. When we hear the word ice cream we have a visual picture of the characteristics of this dessert.  When presenting, I always ask the audience which type of ice cream that they prefer.  This is a wonderful way to gain great interaction and raise the curiosity of the group.

In discussion we all agree that each type of ice cream is unique with certain identifiable characteristics.  In spite of this, if we were to place several dishes of varying types on the counter, we would still identify the grouping as ice cream.

Dementia can be compared to ice cream: there are many types with unique characteristics but collectively they are still identified as dementia.

When I first used this analogy, I was concerned that audiences may believe that this comparison minimized the difficulties and impact of these progressive conditions causing memory loss.

However, what I did discover was that people experienced an “aha” moment.  Suddenly the terminology made sense and the confusion was allayed.  There was now an opportunity to offer a simplified explanation to those sharing their journey. Involving the audience created a lasting memory and a rather complex discussion was simplified.

So that is why dementia is like ice cream.